Stats are simple control mechanisms which compactly regroup the 4 stages of a control regulation system (measurement-comparison-transmission-action).

Their mode of action is often the equivalent of a basic “open/close” electrical contact. This method of control is called “all or nothing.”

So:
The regulating of a heating system by ambient thermostats can mean a succession of on/off actions of the boiler.

Stats are used in simple control systems, especially in the field of safety.
There are thermostats (general temperature regulating), aquastats (water temperature), pressostats or manostats (pressures), and hygrostats (humidity), etc.

Indicate on the aquastat below the 4 stages of « measurement-comparison-transmission-action ». 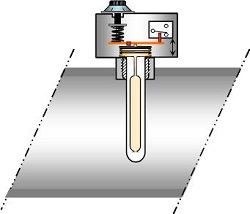 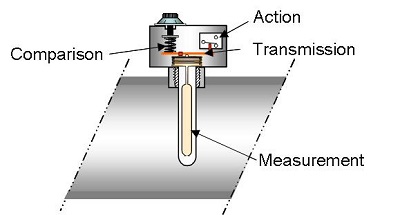 Connect, by drawing, the aquastat below, so that the burner is on. 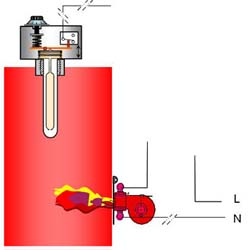 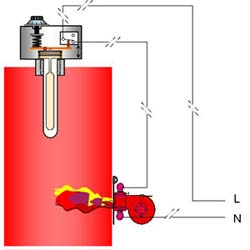 The system below is in operation (January in the Northern Hemisphere). Is the boiler at operating temperature and why? 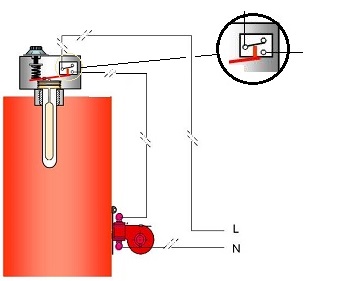 The boiler is at operating temperature because the aquastat contact is open and the burner is off.

The thermostatic valve is counted in the « stat » family. Fitted to the emitter inlet, it controls the interior temperature of a heated room by progressive variation of hot water flow. Its operation is therefore not of the “all or nothing” type.

As with all control regulation systems, the thermostatic valve has the 4 stages of « measurement-comparison-transmission-action ».

Considering the identification shown above, which elements conform to the stages of «measurement-comparison-transmission-action»?